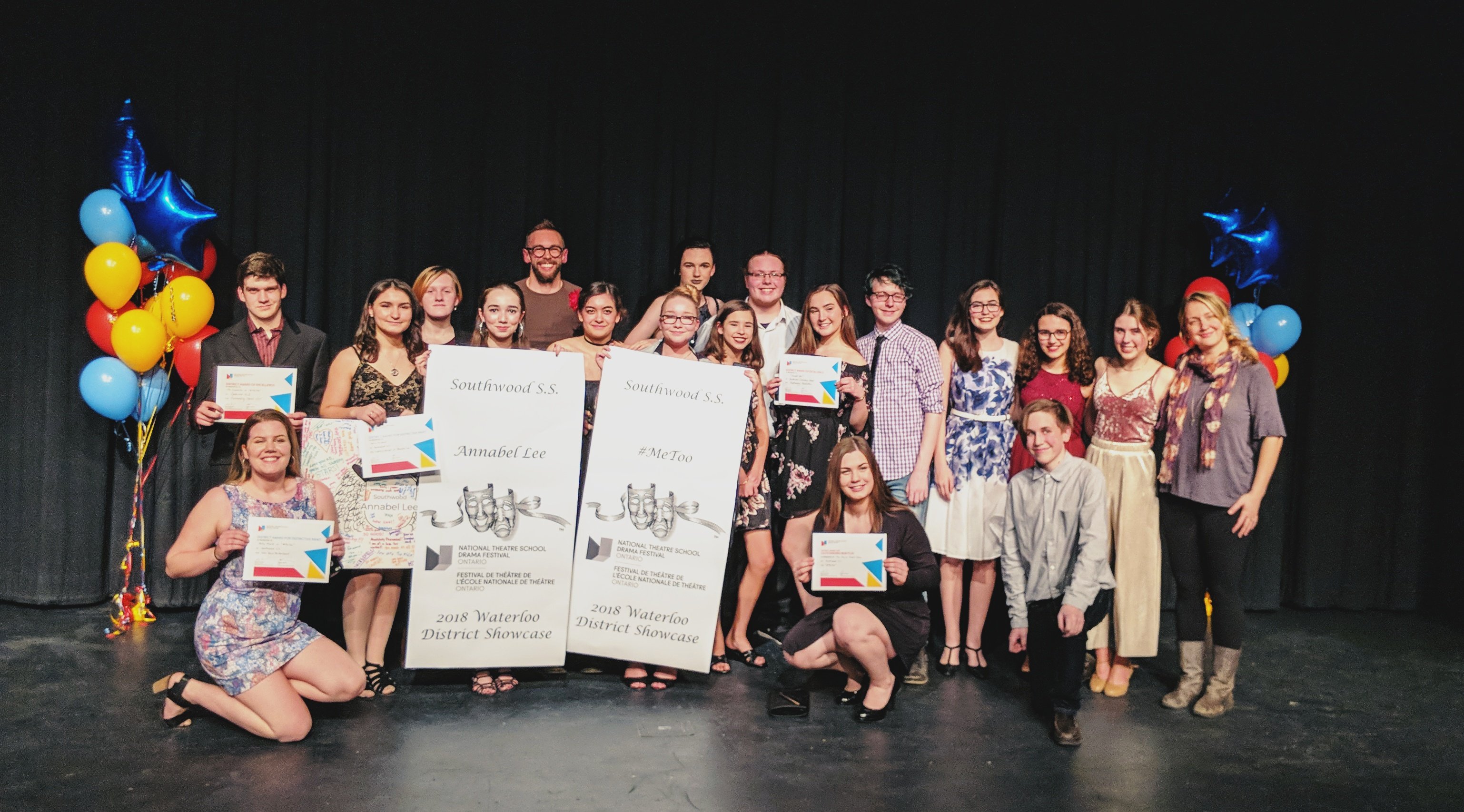 Here are some photos from the production!

The festival lasted 5 nights (Tuesday–Saturday), and many schools from across Waterloo Region participated in showcasing the 12 shows. The week was an incredible learning opportunity for SSS Drama students who attended each of the 12 shows and learned so much more about theatre and production by supporting their peers each night.

SSS Drama brought two productions to the festival including their collaborative piece about consent called: #MeToo, and their adaptation of the Edgar Allan Poe poem: Annabel Lee.
The student’s and staff’s hard work, and dedication was recognized and rewarded at the Awards Ceremony last Saturday night.

SSS Drama was honoured to receive the following awards by the festival adjudicator Darlene Spencer:

SSS Drama’s Annabel Lee was one of the top three productions of the week and will be moving onto the Western Regional Showcase in Guelph for the week of April 16 – 21, 2018 at John F. Ross Secondary School in the Upper Grand District School Board.

The other schools who will be joining SSS at Regionals are St. Benedict CSS and Elmira DSS.