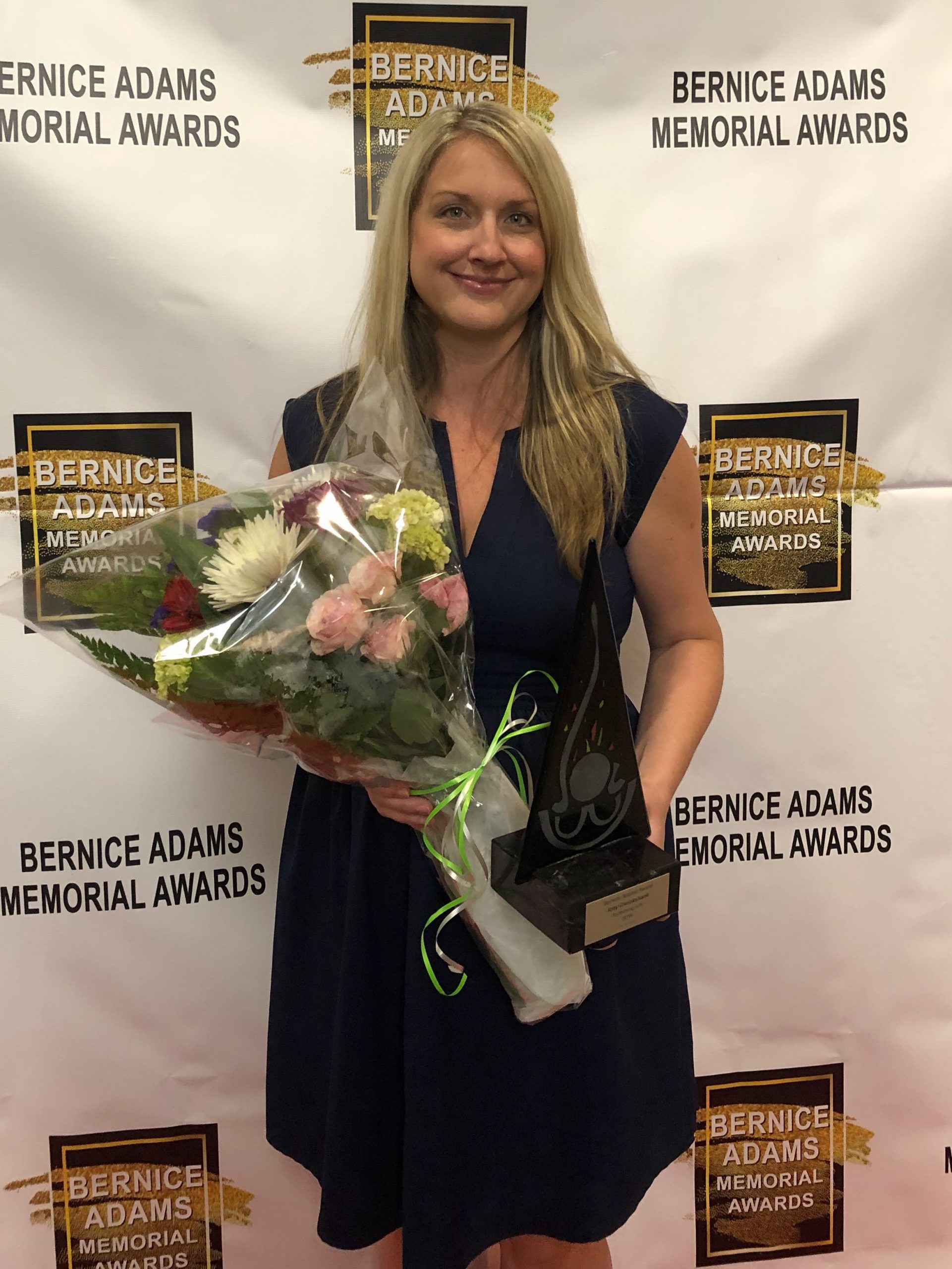 Our fearless leader was nominated as a finalist for the Bernice Adams Awards in the category of Performing Arts and she won!

Ms. Cruickshank and Mr. Dettwiler attended the event held at the Hamilton Family Theatre on September 18, 2019 (two weeks after giving birth to her second baby) where Ms. Cruickshank was awarded with the Bernice Adams Award.

The annual awards night serves to recognize citizens whose contributions to arts and culture have made a significant impact on the Cambridge community.

The cultural awards committee encourages the public to submit nominations for excellence in the following categories:

Ms. Cruickshank’s win is a testament to the incredible impact SSS Drama has had in the community over the years. Great work team! 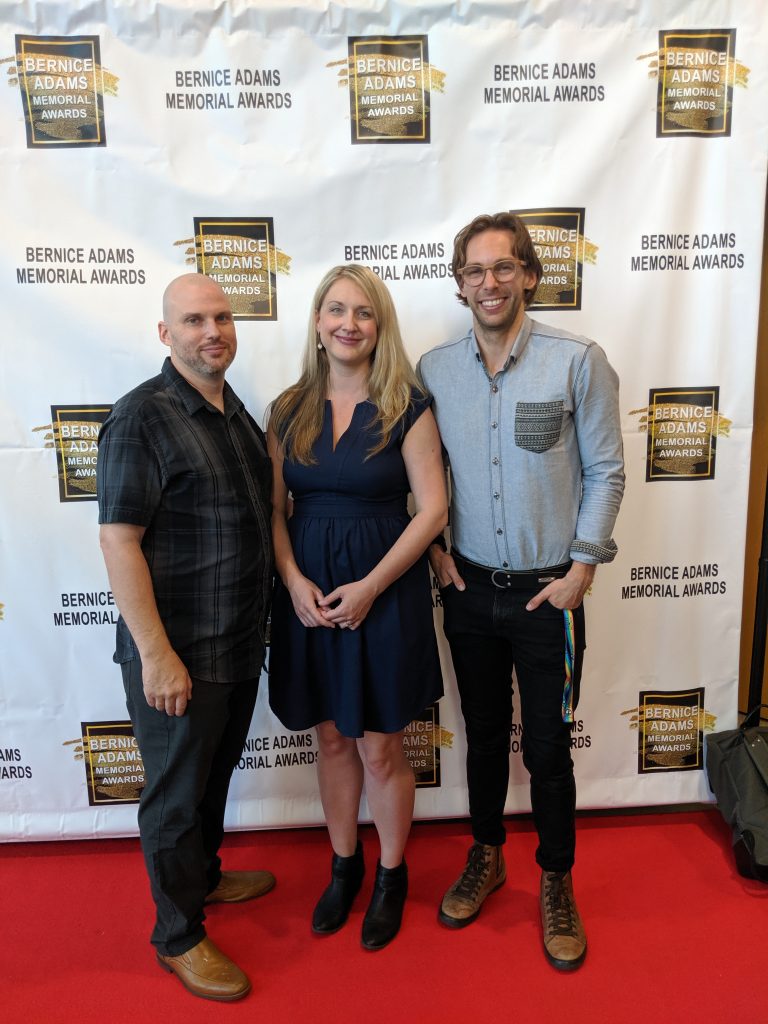